Rachael Clark has served as Roanoke College’s Assistant Director of Residence Life and Housing since 2016. One of her favorite times of the year is Move-In Day for first-year students. On August 24, a combination of 620 freshman students and transfers officially became Maroons.

“Move-In Day was a very smooth process this year for everyone. The orientation and student leaders were eager to help carry boxes, answer questions and move new students in their dorms,” Clark said. “There is such a strong sense of community and camaraderie across campus. I personally helped students organize their rooms, greeted their families and helped them connect with campus resources and departments.”

Freshman Ethan Rohan and his parents Mark and Fran said they were both nervous and excited about move-in day. Said Ethan, “I’ve never lived away from home before, so I’m elated to experience this next chapter of my life.”

“My wife and I raised our son and his sister Peyton to believe that they can accomplish anything with hard work and a strong support system”, added his father,. Even though I always knew this day would come, it’s still hard to put into words just how proud I am of my son.”

Addison Pennell of Olin, NC, chose Roanoke College because it had everything she wanted in a school: modernized facilities, nice academic community, free laundry and great food. The incoming basketball freshman says she is looking forward to making new memories with her Roanoke College family.

“I wasn’t 100 percent sure what to expect on Move-in Day, but I feel like it went very well. I love the feel of my dorm. My roommate is also on the basketball team, which is awesome. I am so excited to be here,” Pennell said.

Roanoke College President Michael Maxey could be seen walking around campus greeting students and their families throughout the day. 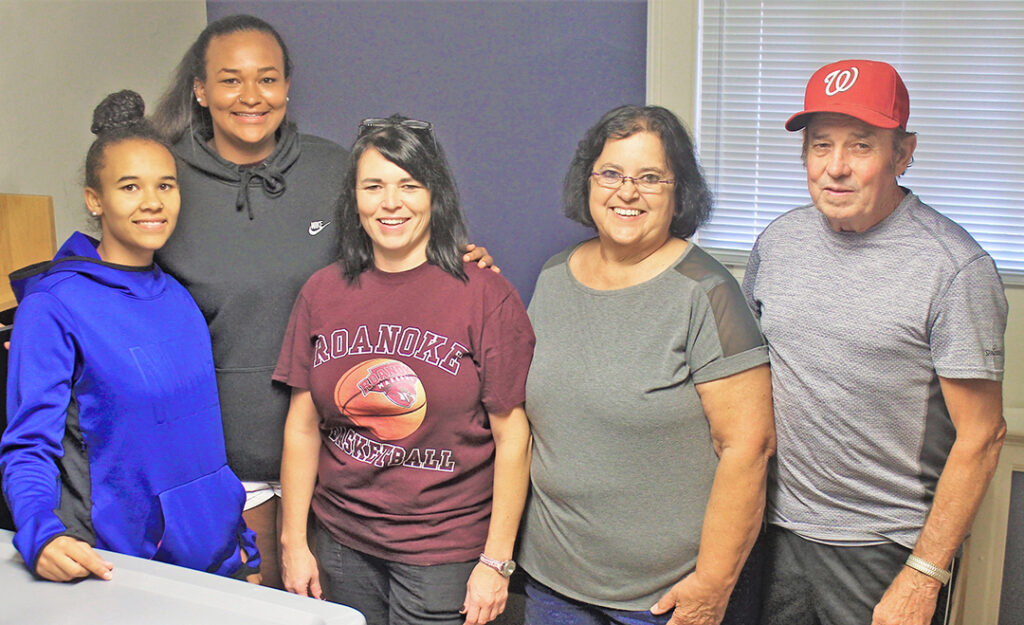 Freshman Alexis Barton knew that Roanoke College was the school for her from the first time she visited the Salem campus as a high school student. In just five hours, (9 a.m. to 2 p.m.), Barton met over 200 of her fellow Class of 23 members on Move-in Day.

“The campus is beautiful, the people are so kind and there are so many opportunities here for students. As a Communication Studies major, I knew that Roanoke’s program was renowned and there are a lot of opportunities available for us,” Barton said. “I’m originally from Southern Maryland, so there are some distinct differences from Salem, but still a few similarities. The coziness of the small town makes me feel like I’m back at home.”

“Butterflies in the stomach are a normal thing when embarking on a new journey,” is what Annalee Thompson was told last year as she moved into her freshman dorm. Now a sophomore, Thompson told several new Maroons that there are three keys to becoming a successful Roanoke College student: don’t be complacent, stay organized with a calendar and utilize the number of resources on campus.