Now that the hiatus caused by the corona-virus seems to subside, to some degree, life and the pleasure of group activities slowly return. This in part explains the sizable crowd at the Dumas Center Aug. 28 for the production of Bernadette Brown’s “Back to Black.”

Written and directed by Bernadette, ‘BJ’ Lark, the 3-hour show featured a play after which several local citizens of considerable notoriety were acknowledged for their respective contributions to “Black Arts and Culture.” Those honored were: Amazetta Anderson, Angela Dillon, Shirley Eley, Archie Freeman, Rev. Dr. David Jones and Anita Wilson. Outside of the slated honorees was Jordan Bell and family who were in attendance. Bell was recognized for his work in support of the Historic Gainsboro Neighborhood. END_OF_DOCUMENT_TOKEN_TO_BE_REPLACED

Friendship Manor recently announced the appointment of Nathaniel L. (NL) Bishop to its Board of Directors.

“We are extremely pleased to welcome NL to our Board,” said Joe Hoff, president and CEO. “His knowledge and experience in healthcare, coupled with the genuine respect and concern he has for the Roanoke Valley, makes him a very valuable addition to our organization.” END_OF_DOCUMENT_TOKEN_TO_BE_REPLACED 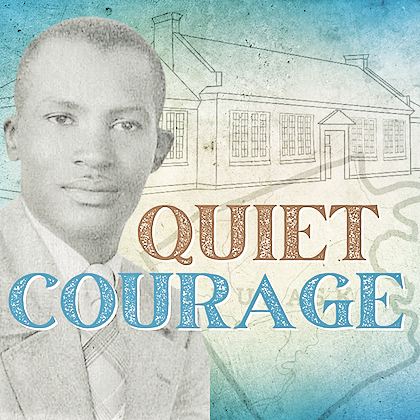 Adaire Theatre in Pulaski will present Quiet Courage! a show written by Keith Patrick McCoy, who is the theatre’s associate artistic director. The story is about Chauncey Depew Harmon, a Pulaski native who fought for equal facilities and salaries for African Americans preceding Brown vs Board of Education. He is responsible for the now standing Calfee Training School, currently known as the Calfee Community & Cultural Center (Pulaski) which is presently in the process of being revitalized. END_OF_DOCUMENT_TOKEN_TO_BE_REPLACED

After a one-year hiatus because of the pandemic, the Annual Roanoke Valley India Festival returned on August 21. Presented by the India Heritage Society, the event was held at Elmwood Park from 4 to 8 p.m. The festival, now in its 14th year, featured a variety of vendors, food and live performances from dancers of all ages. All 29 states of India were represented. END_OF_DOCUMENT_TOKEN_TO_BE_REPLACED

The week of September 10-19, the City of Roanoke will host its 4th annual Welcoming Week, along with many local partners. Under the theme “Belonging Begins With US,” City events to be held including: END_OF_DOCUMENT_TOKEN_TO_BE_REPLACED