His campaign centered on basic human rights and needs–a message that was not just fodder for good campaign slogans but stressed ideals that are part of the dedicated mission he’s lived for 20 years as a Virginia senator. It was a campaign that resonated well with voters.

“This is a district that believes in being progressive, believes in doing the kinds of things that move Virginia forward in the 21st Century,” said the senator speaking on the outcome. 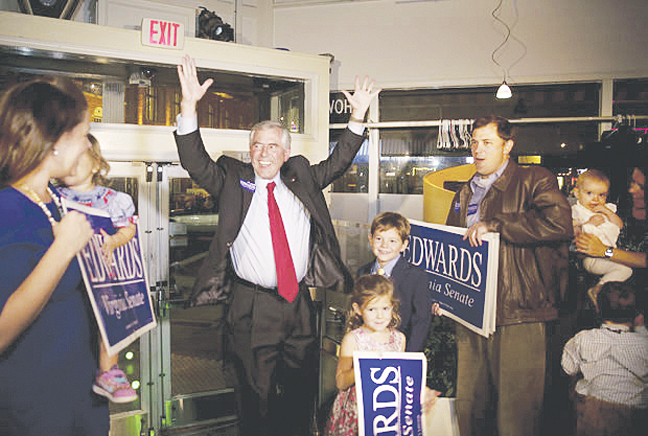 Republican challenger Dr. Nancy Dye, 17,310 (42%), a retired surgeon and a newcomer to the local political scene, went into the election with the most money behind her–proving money can’t buy happiness or an election. Her opposition to Medicaid expansion, support of such concepts as charter schools and other conservative views simply wasn’t enough to convince voters.

Trailing in the race was Independent candidate Don Caldwell who managed to get 2,996 (7%) votes. His campaign attracted just enough attention to keep the game interesting and added a bit of intrigue to the three-way race.

Caldwell’s departure as a Democrat several years ago, his strong support for Pre-K funding and his aversion to two-party politics, (vowing to take an independent message to Richmond) was not a message that worked well for the long-time Roanoke City prosecutor.

The race for the 21st District which encompasses Roanoke (city and county) Giles as well as Montgomery County, was one of the closest watched as the Edwards’ win could have given Democrats control of the State Senate.

However, considering other statewide races, despite the win Republicans still control the state Senate.
Nonetheless, Senator Edwards brought home a critical victory for both Virginia Democrats and all constituents of the 21st District.