A few years ago, Douglas Younger, III was at a crossroads. His family was growing as he and his wife had recently welcomed their second son into the world. Doug was also fast approaching a major career milestone: two decades in the corporate world where he was making a name for himself in marketing for Fortune 500 companies and startups. By all the standard definitions of success, Doug had it all. But his father, Douglas Younger, Jr. (“Tennis Pro”) had just passed following a sudden fight with stage four cancer.

Doug’s father left behind big shoes to fill. As a hometown hero in Roanoke for his tennis contributions at the University of Arkansas at Pine Bluff and later a financial advisor to small businesses in Cleveland, Ohio, he had built a life-long career helping the “little guys.” Doug, Jr. instilled in his son the values of socially-responsible business: the belief that true success comes from taking pride in your work, conducting yourself and your business in an ethical way and using the fruits of your labor to help others in your community.

In the wake of his father’s death, he realized he had to make a change in his professional path; one that would live up to his father’s legacy of service and set an example for his own young sons. So he decided to leave corporate behind and start his own marketing company—one that would allow him to fully embrace the tenets of socially-responsible business.

A Marketing Company with Heart

Doug founded 3STEPS4WARD in January 2020. Its mission: to help entrepreneurs, small businesses, and nonprofits that have a positive impact on society. Yet only a few weeks later, the world was hit with a global pandemic. Despite all odds, the company not only survived its first year—it had thrived!

What started as a scrappy team of two evolved over the year into a family of 30+ professionals from Doug’s network: friends he knew growing up in Cleveland colleagues and mentees from past jobs and young people he met showing great potential. Though coming from diverse backgrounds, these marketing experts, creative, and strategists were all united by their belief in Doug and his father’s legacy. With a unique brand of tech-forward marketing, they were able to help 18 clients from across sectors and around the globe weather the COVID economy. Along the way, 3STEPS4WARD partnered with local organizations and Chambers of Commerce in the cities where their staff lived: San Francisco, San Diego, Chicago, and Cleveland, to date.

This spring, 3STEPS4WARD entered a new partnership with the Sacramento Kings to boost support for small business. Through publicity, mentorship, funding and other opportunities, companies will be able to showcase their products and services on the NBA’s global stage. 3STEPS4WARD is honored to unite with the Kings to highlight the technology and innovation community.

Doug recently found another way to give back…he’s now a lecturer at California State University East Bay. His seminar in marketing for the Executive MBA for Global Innovators program supports student learning in digital strategy, social media, and web development. Teaching is another part of Doug’s family legacy, as his mother, Kathie Joanne Wheaton Younger, was a school librarian in Martinsville, VA, taught in Roanoke city schools, and later in the East Cleveland school system in Ohio. The beloved resident of Roanoke, Kathie graduated in the LAHS Class of 1971 and was crowned Ms. Lucy Addison while in high school and is still remembered in the community with love and respect.

Giving Back to Roanoke, One Small Business at a Time

As 3TEPS4WARD grows, it’s important to Doug that it does so in a way that honors his family’s roots. He is committed to giving back to the communities that his parents were from and that he grew up in: Roanoke and Cleveland, respectively. In honor of his father’s legacy, Doug and the 3STEPS4WARD marketing team are looking for startups and entrepreneur-owned businesses in these areas to partner and grow with.

Are you an entrepreneur or small business owner in Roanoke in need of innovative marketing? Doug and the 3STEPS4WARD family would love to support you! Please contact us at: shanemosko@ 3steps4ward.com and tell us about your unique marketing goals, or visit www.3steps4ward.com to learn more. 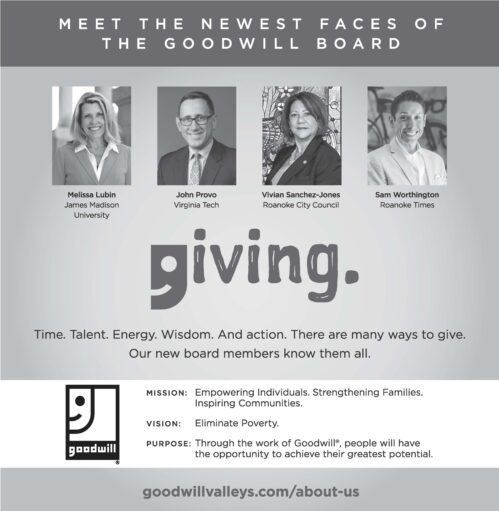