As many acknowledge the Martin Luther King holiday and the various ways through which homage is paid to him, one local organization strives to celebrate each year with a healthy dose of inspiration. For -23 years the alumni association of North Carolina A&T State Univ. has held a breakfast honoring the iconic civil rights leader.

President Ronald Reagan signed legislation in 1983 officially designating the third Monday in January a federal holiday honoring King’s birthday–which has since become understood as a day of remembrance and service.

“Everybody can be great, because everybody can serve,” as one of his countless quotes–though anchored in simplicity, speaks a fundamental truth that holds transformational power on a global level.

King was no ordinary Baptist minister–but stands as one of the most recognized trailblazers of the civil rights movement of the 60’s. Nonetheless, considering Kings stature as a minister of great prominence, it would be only fitting to feature a minister of notable standing to deliver an encouraging message–tailored to the occasion.

The well-attended event held Monday, Jan. 20 at Hotel Roanoke featured Bishop George Brooks as keynote speaker who delivered a most inspiring address. Brooks, a dynamic minister is Pastor Emeritus of Mt. Zion Baptist Church, Greensboro, NC. As a man clearly steeped in “the word” his speech was delivered with the passion of a traditional Baptist minister and was nothing less than remarkable. His timely remarks registered well and spoke explicitly to a host of social conditions as racism, hate, fear and others.

Brooks opened his remarks with a story of returning home to the U.S. in 1968 from “the battlefields of Vietnam as a serviceman–only to face the harsh realities of racism at home in the very country he fought for. He traversed to the power of love as the only thing that could steer him from the hate that lurked.

Considering all that Dr. King went through he had to be “saturated with love”, he stated and proceeded to speak extensively of love as a cure-all, in a sense. As a staunch advocate of prayer, Brooks added “…I know some of you don’t believe in prayer and this is not a church but we need to start praying for mercy…We need to pray for the person next to us. We need to pray for our God. We need to start praying for our President because prayer changes things.”

“It’s true that our forefathers and young family’s like that of Travon Martin and his parents should not have to suffer the abrasive pain of prejudice and ignorance. We must not have a recurring Charlottesville and its unacceptable display and results,” he added.

Bishop also had no qualms about taking aim at the present administration unequivocally calling it “disruptive, divisive, devastating and deceiving.

“Our leadership in general must grab the handles of reality and dig our way out of this blinding fog that will surely cause a derailing of our lives as we have known,” he boldly stated in a fervor.

As a master orator, he held the audience in the palm of his hand with a captivating discourse that could only come from one obsessed with a mission to deliver the people from the crippling inability to rise up!

There has always been a need for morally grounded individuals filled with the spirit and the power to uplift like Bishop George Brooks whose ability to speak such boldface truth serves as a ray of hope and casts a guiding light through the darkness that presently pervades our world.

Furthermore, no one can argue as to the greatness of such giants wielding the truth as Dr. Martin Luther King, Jr.–a timeless soldier whose legacy and lofty convictions continue to serve as towering guides by which those of like-mind are led. 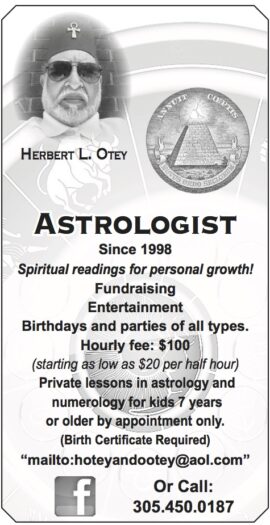