Having an array of experiences packed in a few short years. John Russell Faulkner Lewis, 37 passed away on Sunday, Jan. 24.

He lived and breathed environmental sustainability, racial and social justice reform, and a love of the outdoors. Many significant things stand out in defining this social and racial justice advocate, community leader, and Renaissance Man!

He was committed to helping people and actively worked to ensure safe and creative educational spaces for children, and deeply understood the importance of partnering with support organizations in pursuit of shared community goals.

As a youngster, he explored on his own every inch of the woods and mountainous terrain of Apple Ridge Farm in Copper Hill, VA where he grew up.

His unquenchable thirst to travel broadly led John to declare – as he prepared for his first trip to Europe – that he wanted to visit the place where the artist “Vincent” (as in van Gogh) lived and worked.

His early fascination with Harrison Ford’s Indiana Jones character and keen focus on maps detailing “Indy’s” travels led to the family nicknaming him “Short Round” – which later became “Shortie” – after one of “Indy’s” sidekicks.

During college, John was a member of AmeriCorps where he tutored youngsters, imparting positive life and survival skills. In these boys and girls John saw promise, hope, wisdom, glistening diamonds in the rough, and believed from the bottom of his heart that their future was our imperative.

John received his BA in psychology and religion from Virginia Commonwealth University in 2008. One of his favorite teachers there was Dr. Richard Perdue who had also graduated from Roanoke’s William Fleming High School. He was an accomplished Martial Artist who dreamed of opening his own studio. His passion for growing things led him to Will Allen, Milwaukee-based founder of the internationally acclaimed “Growing Power,” where he received his certification.

He worked extensively with Roanoke and Richmond inner-city youth in schools and communities – Roanoke’s Gainsboro, Melrose-Rugby, Hurt Park, Addison; and Richmond’s Gilpin Court, Summer Hill, Reid, Green, Blackwell, Boushall, J. L. Francis, Westover Hill, and numerous Boys and Girls Clubs throughout the city. He taught students how to grow their own food, often providing a respite for some from gang activity while “hanging out with John in the garden.”

He co-founded and became Executive Dir., of Renew Richmond, a nonprofit that operated several extensive urban agricultural sites and pop-up stands where fresh produce was grown, harvested, distributed and sold by children and adults in Richmond’s poor and predominately Black communities.

Crafting soul-wrenching poetry and original hip-hop songs, strategic business plans, successful funding requests, insightful prose of challenges met and battles to be fought, along with thoughtful action plans to conquer a world in need of change, were among John’s other talents. He relied upon his Mom to apply a reviewer’s eye to much of his writing and loved to spar with her over form and substance.

He worked as a substance abuse prevention specialist for Richmond’s Behavioral Health Authority (RBHA), the Richmond Health Department and Delivering H.O.P.E. (Helping Other People Excel), to name a few, combining his passions and training to assess participants’ needs and assist them in navigating racism, bigotry, daily obstacles, and life’s continuing challenges. 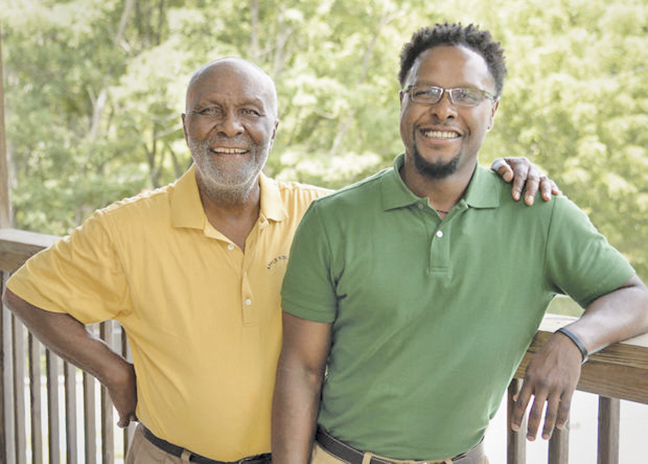 In May 2016, John returned to Roanoke to lead Apple Ridge Farm, the nonprofit his father founded, where he continued many initiatives that he started in Richmond, forging deeper ties with Virginia Tech, NNEO (Northwest Neighborhood Environmental Organization, Inc.), ONE Roanoke Valley, and Focus Entertainment.

After completing one of a series of speaking engagements at the Juvenile Detention Center at Coyner Springs, John told his Dad, “I really felt alive while there. The kids didn’t want me to leave and I didn’t want to leave either.” He and his Dad often stretched out at their special Apple Ridge spot, gazing upward at the velvet night sky as they communed with the stars.

His service was held privately with a Public Memorial held Wednesday, Feb. 3, from 2-4 p.m. at Serenity Funeral Home.