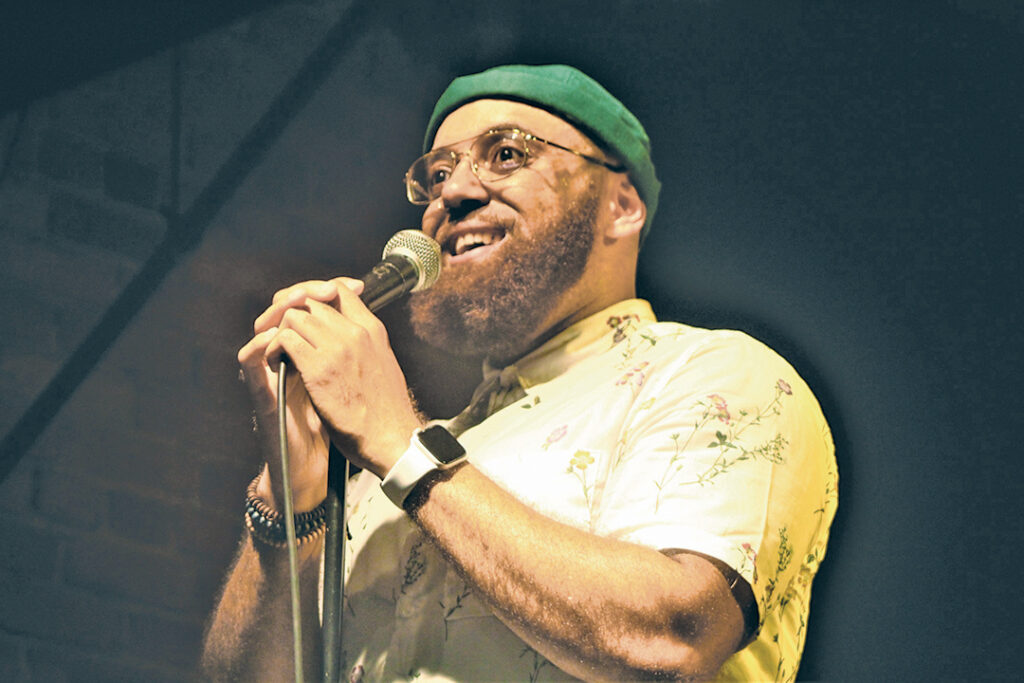 Macklyn Mosley is fully aware of just how blessed he is. A native of Roanoke, Mosley grew up in the inner-city with his mother, brother, and sister. To get to where he is today, Mosley had to overcome his share of obstacles and persevere through some of life’s hardships. He didn’t know it at the time, but many of those life experiences – both positive and negative – would ultimately become the foundation for his 2021 debut album, ‘Love + Life.’

After Hurt Park and Fairview Elementary, Mosley attended Woodrow Wilson Middle School. In 2004, he graduated from Patrick Henry High before furthering his education at Virginia Western Community College. It was while he was an elementary school pupil that he started singing in church. While he pursued music during his time in community college, he says it didn’t become a real passion until 2018, when he began doing it professionally.
Sometimes inspiration, said Mosley, comes from an experience, my emotions in a moment, looking at nature, or even a random rhythm that flows through my head. When it comes to writing, he added, I have moments where I can write a good song pretty quickly, depending on the topic, or gradually, as I think through the process and what I want the song to feel like.
From as far back as he can remember, Mosley has always had an affinity for quality music. One of the first albums he purchased was Fred Hammond’s 2004 release ‘Someth

ing ‘Bout Love.’ Other musicians a teenage Mosley gravitated towards were India Arie, Musiq Soulchild, Stevie Wonder, Mary Mary, Kirk Franklin, and PJ Morton.
Mosley distinctly remembers the first time that he had a conversation with his family about pursuing a career in music. Their responses were nothing but supportive. “Honestly, they weren’t surprised when I told them. We grew up as a family that was involved in music and creativity, so to do

this was no surprise to them at all,” he said.
Chasing one’s dreams requires a great work ethic, a reliable support system, and the ability to tune out the negativity, all things Mosley’s loved ones routinely emphasized to him growing up. To this day, Mosley’s village – family, friends, and fellow creatives – all play pivotal roles in his day-to-day life.
The first station to interview Mosley was ArtSoul Radio in 2018. Noted Mosley while reminiscing, “It was such a cool feeling honestly. It built some confidence in me and made

me feel special and acknowledged.”
Two particular moments stand out as turning points in Mosley’s music career. “Back in 2017, my friends Charles and Tranay Wilson and I were hanging out. Tranay then encouraged me, by saying, ‘You have so many gifts and you’re not using them.’ From there, I prayed, sought counsel, and decided I’d begin pursuing music again,” he said.
He continued, “Another time was in 2020. As we

all know, 2020 was a hard time for the majority, and while it was a hard time for me too, it was also one of the best times. I connected with Andre Hairston, AKA AH Beats, and as our friendship grew, we continued to work on music together.”
Extended playlists, or EPs, are medium-length albums that usually have between four to six songs. Long Playing, or LPs, generally have more than eight tracks.
Mosley’s first project was a 2018 EP titled Until Tomorrow. Each of the six tracks – “101,” “Pomegranate,” “Love According To Mom,” “Love Don’t Tire,” “Me and You” and “Purple Queen” – were either written or co-written by Mosley. Three years later, his debut LP, Life + Love, was released to the world.
With eight songs tracking in at 27 minutes and 47 seconds, Mosley says every word on ‘Love + Life’ was carefully crafted. Aside from AH Beats, additional production was handled by Imperial of London, Robert Nanton of Chicago, J RHodan of Philadelphia, EssBe of Phoenix, and Grammy-

Award-winning producer 808-Ray, Mosley’s nephew.
“Life + Love originally began as a completely different album called ‘Dialect.’ It featured 11 tracks, three of them being the intro, interlude, and outro,” he said. “At that time, I felt I had rushed things because I was just trying to get music out. I wasn’t satisfied with the album at all. While the album was on hold, I decided to release Until Tomorrow instead.”
Singer-songwriter Jayna Brown has known Mosley for two years. They first met when he was laying the foundation of his debut album. “Being that I was there in the early stages, it is completely wonderful to see ‘Love + Life’ come to fruition. I’ve seen Macklyn working towards finishing this album for literal

years. Huge congrats to him because working as an independent artist is certainly not easy,” she said.
Apart from Brown on his album, Mosley also got

a chance to work with Darian Brockington of the Foreign Exchange, Sareem Poems of Dream Sequence and L.A. Symphony, local artists Matthew Mosley and Taye the Truth, along with K.I.N.E.T.I.K. from London, England, and hip-hop artist R-Swift.
He continued, “I also was able to collab with Artis Fresh of Lansing, Michigan, for cover art and art from Ivan Vazquez of Chicago, whose work has been featured on Showtime’s 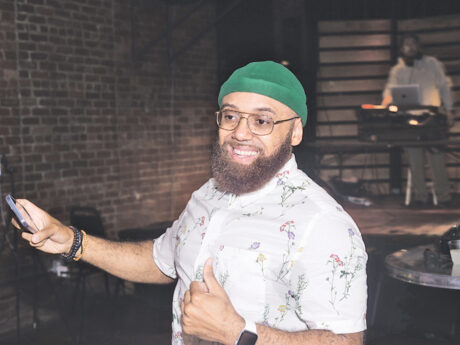 The Chi,’ and local artist Peyton Stanley.”
Mosley has gone on to receive radio airplay overseas, no easy feat to accomplish.
“When I first released Until Tomorrow, I remember getting contacted by three radio stations in London. They had each added my song ‘Pomegranate’ on their station and from there, I kept in touch with them,” he said. “When I announced that I had a new album releasing, I connected with Tesh Parmar, one of the three DJs, and he helped push my music to multiple disc jockeys overseas. Since March, my music has been played on over 20 stations, and some connections are now coming from Brazil even. It’s very humbling to see.”
Marc Anthony Jr., who first met Macklyn in 2017, says he is the true definition of a friend. The first time Anthony Jr. heard ‘Love + Life’ in its entirety was at an album listening party Mosley hosted on June 4 at The Spot on Kirk in downtown Roanoke.

I also had an opportunity to attend the listening party and it was an experience that I greatly enjoyed. Mosley’s eloquence with words is a real-life trait that he possesses. As I looked around the room, I saw people of all races and backgrounds laughing, dancing, and making memories together. In an era when a good percentage of the music is simplistically redundant or unimaginative, ‘Love + Life’ is a refreshing breath of fresh air.
Mosley is no stranger to bringing people together and serving the community. Not only is he employed as the Community Services Assistant with Roanoke Public Libraries, but Mosley also works as a freelance graphic designer too.
A strong proponent o

f the age-old adage, “nobody accomplishes anything by themselves,” Mosley is to first to say that his story couldn’t be told without a combination of family members and close friends.
Literazion, the band Mosley formed with Dylan Dent (acoustic guitar) and Darreous Davis (drums), stems from alliteration. To date, the trio has done dozens of shows together. Last month they auditioned for NPR’s Tiny Desk Concerts, a video series of live concerts hosted at the desk of All Songs Considered host Bob Boilen in the nation’s capital. As of press time, NPR was still evaluating applications from all over the country.
Songs that Mosley made in his bedroom have taken him out of the country. To the outside, it may appear that Mosley’s success came overnight, but nothing could be further from the truth. This chapter in his life did not happen by accident and what’s to come in his future will not be either.
“I absolutely love what I do. I’m glad God put me back on this path with music,” he said. “I have no regrets from taking the step and I encourage anyone who has been given a gift to not waste it. Take full advantage of the opportunity.” 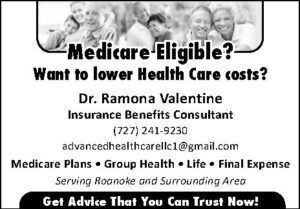 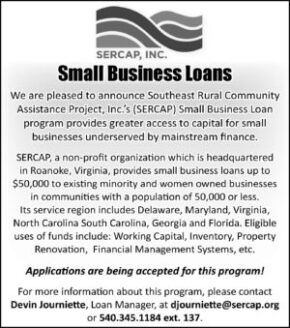