Nine-year-old Kapri Garcia knew that all she had to do was mention the word “funnel cake” to her parents and her plan would likely be executed to perfection. The fourth-grader waited until September 17 before putting her strategic plan into action. When she woke up that morning she said, “Mom and dad, I think we should go to the Fair Food Funday event. I heard they have the best funnel cakes that money can buy.”

What happened next was exactly what she had hoped for. “We got in our car to see what all of the excitement was about. I told my wife and daughter that we would only spend $25. We ended up spending almost $75,” Kamal Garcia said with a smile. “Kapri knew what she was doing the whole time and it absolutely worked. She knows how much my wife and I love funnel cakes.”

From 11 a.m. to 8 p.m. last Thursday through Sunday, the Salem Civic Center parking lot was turned into Fair Food Fundays, a consolation for this year’s Salem Fair being canceled due to COVID-19. Pizza, corndogs, calzones and fried Oreos were just some of the other items sold besides funnel cakes.

When Robert Carter parked his car on Friday, he noticed several people were already waiting in line. Asked if he was willing to wait over an hour to get a fried Oreo, he responded, “Absolutely. It’s not like you can place these orders at the store. You got to take advantage of opportunities like this.” 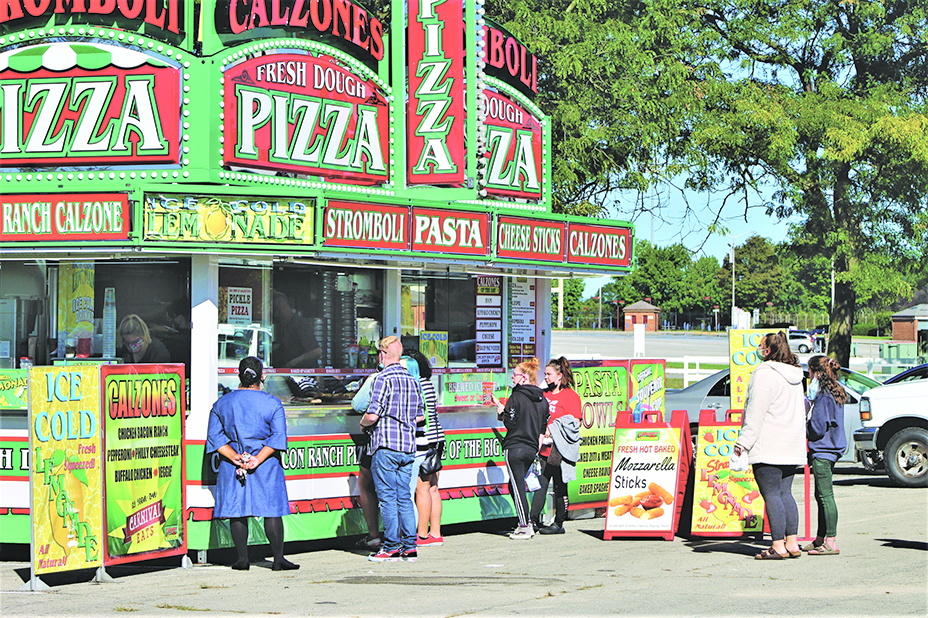 Few things bring people together like food. As Mike Williams was eating a calzone, he noticed several familiar faces. “It was almost like a mini class reunion. I ran into several people I haven’t seen in years. It was really nice catching up with everybody,” he said.

Before Coronavirus slammed the door on the 2020 Salem Fair, Williams, like countless others, was looking forward to taking pictures and experiencing all of the rides. For most of his 19 years as a Roanoke County resident, Williams has gone to the annual fair at least twice. Only once, in 2008, was he unable to do so because of a family wedding.

Garcia says last Friday was the first time he tried a calzone, fried Oreo and funnel cake combination. “My daughter wanted me to do it. It actually wasn’t that bad. I encourage more fathers to take food recommendations from their children,” he said.

Director of Civic Facilities Wendy Delano and staff personnel did their best to create some semblance of the Salem Fair last week. Because the Fair Food Funday event was such a success, there is a good chance another one will happen before the end of the year.