People of faith who are engaged in social movements will often speak of being compelled to act by a deep and powerful sense of divine calling. At times, the call to agitate for justice can arrive with a sudden and spontaneous force that pushes aside predetermined plans. The truth of this statement can be seen in a photo taken forty years ago this month during a six-week civil disobedience campaign that gave birth to the environmental justice movement.

At the start of the day, none of the women pictured had planned to be arrested. In looking at the photo of herself and three of her fellow “jailbirds,” Dollie Burwell notes how they were dressed to go to work that day.

The story behind this picture by photojournalist Ricky Stilley at a jail in Warren County, North Carolina, begins earlier in the day on which it was taken. As had become her practice, Burwell planned to join a daily march and rally in the morning before heading to work. Burwell had been a lead organizer in the protests to prevent trucks carrying carcinogenic PCBs from dumping their toxic waste in her county, which had the highest proportion of Black people in the state along with one of the highest poverty rates. Days earlier, Burwell’s boss at work had instructed her to no longer get arrested. On the day of the photo, Burwell fully intended to avoid going to jail.

Evelyn Lowery was also not planning to be locked up that day. She had traveled to Warren County as the National President of the Southern Christian Leadership Conference W.O.M.E.N. (Women’s Organizational Movement for Equality Now), a sister association of the organization once led by Martin Luther King, Jr. That morning, Lowery witnessed how children were bused past a number of state troopers with billy clubs on their way to a school not far from the proposed dump site. She also learned that children were afraid of getting cancer and that the State of North Carolina had ignored requests to have someone from the Department of Health and Human Services speak to the children to address their fears.

At that moment, Lowery was overcome with the feeling that something must be done. She turned to the women involved in the protests to ask that they get arrested with her to place pressure on the government to respond. In light of Governor James Hunt’s accusations of “outside agitators” being responsible for the protests, she knew local women would need to be involved. Along with Burwell, three women responded to Lowery’s call: Armenta Eaton, Jocelyn McKissick, and a woman not pictured but who Burwell believes was Sherry White.

After their arrest, the women refused to be bailed out that day, so that they could draw further attention to their demand, before being released the following afternoon. Not long afterward, North Carolina’s Secretary of Health and Human Services came to address the local children in a meeting. Burwell recalls that the speech was full of lies that promised a safe environment with the “Cadillac” of landfills. Burwell continued to organize. On one occasion, she organized an “Outside Agitators Day” to turn the governor’s words against him. Burwell recalls a bit of wisdom her mother shared with her at that time: “The most important part of the washing machine is the agitator. Without that, all you get is wet and dirty clothes.” For change to happen, agitation is necessary, even if unplanned. 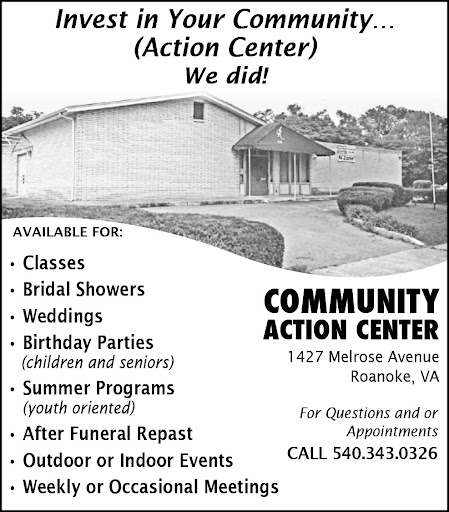