As Virginia goes, so goes the nation. GET INVOLVED! 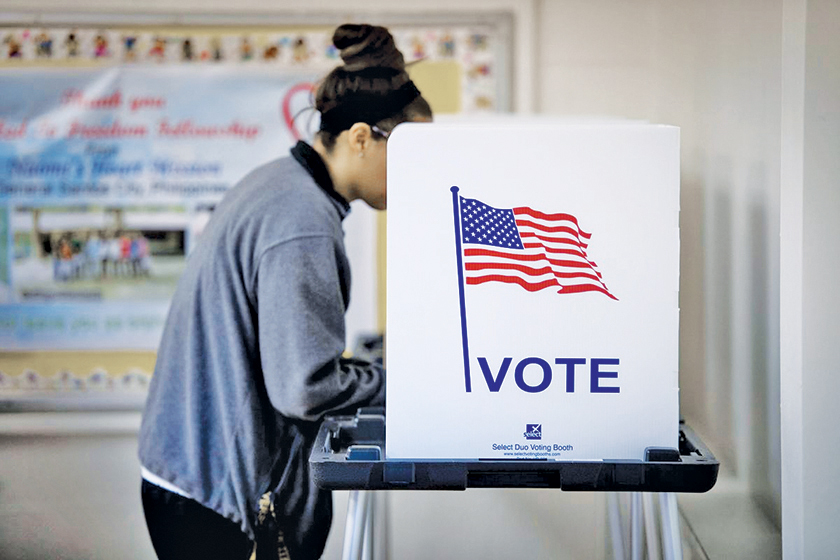 by S. Hale and Shawn Nowlin

It’s off-year election time again and in less than two weeks, citizens nationwide will cast their vote in a host of races. The race for governor in Virginia is a critical warning – fueled by the notion that as Virginia goes so goes the nation – a statement that.

Recent polls show McAuliffe and Youngkin tied at 48 percent each with a small percentage of voters reportedly undecided. Also on the ballot is Libertarian Princess Blanding who trails with 1%.

However a win for Youngkin won’t give him total control of Virginia politics as Democrats control 21 of 40 seats in the state Senate, where elections won’t be held until 2023.

Of all races on the ballot, only House of Delegate members serve two-year terms; everyone else serves four-year terms.

More than 20 percent of the Salem population has already voted in person. The deadline to vote early is October 30.

Locals who vote on Election Day, Nov. 2, must cast their ballot between the hours of 6 a.m. and 7 p.m. inside the Salem Civic Center, where all ten precincts will be held. When people show up, they will need to have an acceptable form of ID or sign an ID Confirmation Statement at the polls. For those who choose to use it, there will be a drop-off location on Election Day.

A map and instruction sheet of the civic center’s entrances and precinct rooms were mailed to citizens with their utility bills earlier this month. Depending on their precinct, residents will either enter through the main entrance or the side entrance to the Community Room.

Amber Smith, is an area resident who strongly believes it is the civic responsibility of citizens to participate in the election process. “There is no such thing as a perfect candidate; just like there is no such thing as a perfect local government, perfect relationship or perfect job. I sometimes feel that people put unrealistic expectations on candidates,” she said. “A politician shouldn’t have to meet every single standard that you set to objectively do a good job. My hope is that the vast majority of area citizens vote this year.”

The Virginia Public Access Project reports, as of October 25, ballots totaling 724,965 have been cast statewide heading into this year’s election. Of that number area statistics show Roanoke City (6,909); Roanoke County (8,656) and Salem (2,658).

Citizens who choose to vote early may still do so by October 30, 5pm at Roanoke’s main polling station at 317 Kimball Ave. NE. There are 20 polling locations set up around Roanoke City. For listings and questions contact either the Voter Registration and Elections main office @ 540.853.2281 or Salem @ 540.375.3034. Also Valley Metro will offer free fares on all fixed-route service on Election Day.